What is the Vermont Way?

A fresh look at a remarkable place 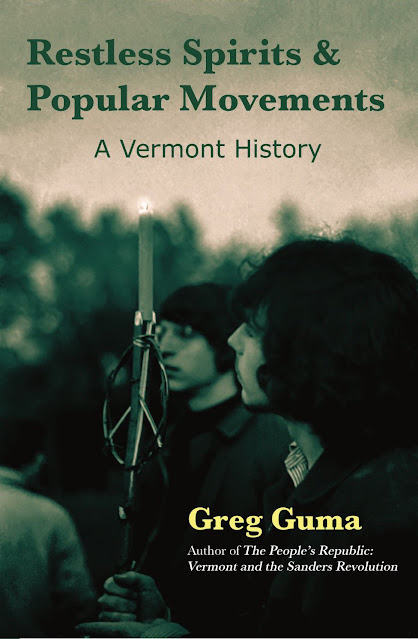 “a rollicking political and social history of Vermont…”

“a hard book to put down and

when you do you keep on thinking…”

“an effective and invaluable learning tool…”

From Ethan Allen to Bernie Sanders, Vermont has forged a separate path as a small, independent state with a strong sense of how to preserve its basic traditions while changing with the times. Restless Spirits and Popular Movements revisits its unique story through movements and memorable people who have created the delicate balance of sovereignty and solidarity, political independence and mutual aid known as the Vermont Way. The journey features a memorable cast of characters.
New illustrated & expanded paperback edition out soon
From White River Press and The UVM Center for Research on Vermont
(sample pages) 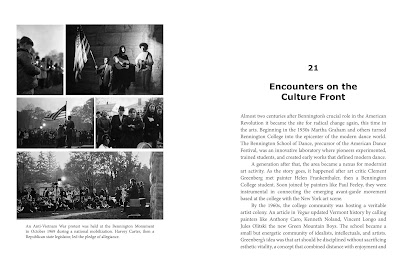 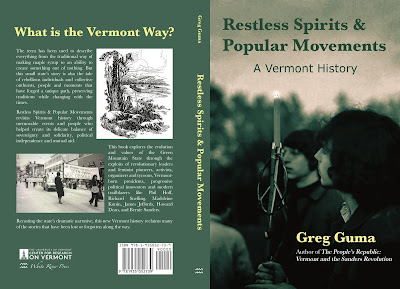 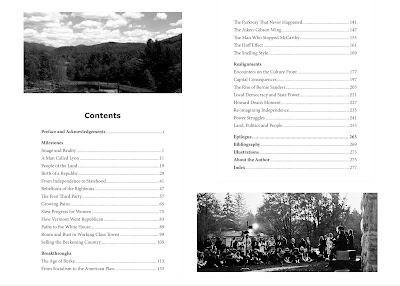 "Vermont has a rich history of humanity who have challenged the status quo and changed the course for the State and in many instances the entire country.  If one wonders how Vermont became what it is today — a trailblazer for human rights, climate, income equality, women's reproductive freedom, racial and judicial justice, etc. — read Greg Guma's book.  It is all there — with beautiful enticing words that weave together a picture of the Green Mountain State and the humans who scripted and sent forth the progressive movement.  It's a hard book to put down and when you do you keep on thinking .....it's a great read and a true assessment of the who, what, when and how Vermont's legacy of social change came to be the blueprint for change admired around the World." — Melinda Moulton, co-founder and CEO of Main Street Landing in Burlington

“Greg Guma has written a rollicking political and social history of Vermont, one of the most fascinating, and least written-about, states in the union. He takes readers on a big journey from the pre-revolutionary years through to Bernie Sanders' runs for the  presidency. In between, he introduces larger-than-life figures from the worlds of politics, religion, culture, journalism, industry and array of other areas. He brings to life great political battles in the early years of the Republic, including around Thomas Jefferson's agrarian vision of the country; struggles for regional dominance and relevance with neighboring states; union struggles; tussles between progressives and nativists over Vermont's identity; and the unique politics of a place that some have compared to the US's own version of Switzerland. The result is both a fun read and an authoritative read, delivered by a skilled writer who has immersed himself in Vermont life and politics for decades.” — Sasha Abramsky, journalist and author of The American Way of Poverty

Many episodes have also been released on other websites, as well as in live presentations. The project also includes rare photos, dramatic stories and an episode from The Vermont Movie. Latest — Culture War in Bennington; Birth of the NPAs   2017 additions -- Cleaning up the World: Vermont's First Earth Day, Earth Day 1990: Making Peace with the Planet and Dark Shadows in Vermont's Past.  Also check out Class Struggle: From Socialism to the American Plan and How Traditions and Values Have Defined the Vermont Way (Green Mountain Noise, 2VR, Spring 2014) Publishing partners include VTDigger, Center for Global Research, Second Vermont Republic, ZNet, and Toward Freedom.


What is the Vermont Way? The term has been used to describe everything from the traditional way to make maple syrup and smart farming in general to a political campaign agenda and the ability to make something out of almost nothing. Sometimes it extends into the phrase “the Vermont way of life.” When he left the Republican Party Jim Jeffords said, “Independence is the Vermont Way.” In her autobiography Consuelo Northrup Bailey, the first female attorney admitted to practice before the US Supreme Court and the first female lieutenant governor in the nation, said the character of Vermont was defined by “everyday, common, honest people who unknowingly salted down the Vermont way of life with a flavor peculiar only to the Green Mountains.”

Green Mountain Politics describes the state’s delicate dance of sovereignty and solidarity, independence and mutual aid. The subtitle refers to the focus on political, economic and social events, trends and personalities. Covering centuries, this transmedia project features unique stories, sketches of key figures, and original analysis that explains how the Vermont Way evolved. The following installments are available:


The Vermont Way Is Hard to Define
The Path to Marriage Equality   VTDigger version
How Vermont Was Born.  ZNet version
Blaming Outiders: Matthew Lyon and the Election of 1800   CGR version
After the Revolution: The Road from Republic to State  VTD
Mormons and the Presidency  (with audio)  VTD
The First Third Party
How Vermont Went Republican  VTD
Vermonters Go to the White House  VTD
Out of This World: The Chittenden Mysteries
The Age of Burke
Burlington: The Public Power Story  VTD
A Progressive Censors Red Emma  VTD
Boom and Bust in the Quarry Towns  VTD
Class Struggle: From Socialism to the American Plan   VTD
The Parkway That Never Was  VTD  (see Vermont Movie segment below)
The Road Not Taken (UVM talk) on Video
The Trouble with Sprawl
Progressive Republicans:The Aiken-Gibson Wing
Defeating a Demagogue: How Flanders Took on McCarthy  CGR
Voting Equality and the Hoff Effect  VTD
Waving the Flag in a Culture War
The First Earth Day
Making Peace with the Planet
Vermont's Decentralists: Questioning Authority...
Almost President: The Impossible Dream of Howard Dean
Burlington and Bernie: The Beginning
Birth of the NPAs
Another Realignment: How Progressives Lost City Hall
The Winding Road to Fusion
Local Control, Shorter Terms and Vermont’s Citizen Legislature  VTD
Dark Shadows in Vermont's Past

The Parkway That Never Was
From The Vermont Movie, directed by Nora Jacobson
This 5:53 film segment streams on this site and allows scrolling with audio


Coming to Vermont
Bennington Holds a Culture War
Living with Polarities
Bennington Breakdown
The Years of Living Bureaucratically
The Mayor and the Connector
Alternative Voices
In a Time of Democratic Distemper
Teachers and a School Without Walls
Threats to Civil Liberties: The FBI-Census Case
Burlington at the Tipping Point
Searching for Peace in the Cold War
Nicaragua and the Road to Contragate
Restless Times & Nagging Questions
&
Signs of Change (2011)
Democrats Rising, Progressives in Eclipse (2012)


Subscribe to The Vermont Way for articles and event announcements.
See more excepts at VTDigger.org

In the General Collection, major categories to include:

Advisory Board to be established for management and acquisitions. Projected opening date: March 2022 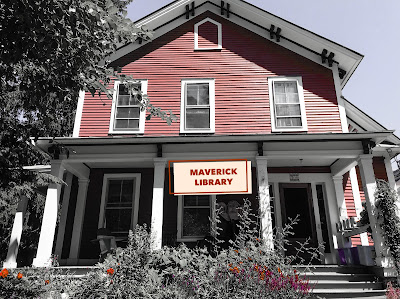 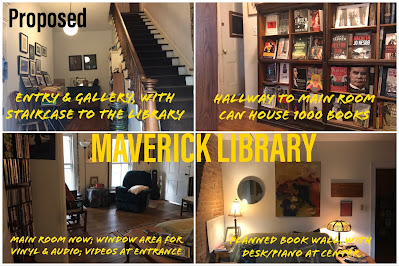