Dark Shadows in Vermont's Past

Given the contemporary image of the Green Mountain State as a refuge and laboratory for independent and progressive thinkers it can be jarring to look at a not-so-distant past when Vermont was an isolationist bastion in which Native Americans had to call themselves gypsies to avoid sterilization.
Cynthia D. Bittinger’s book, Vermont Women, Native Americans and African Americans: Out of the Shadows of History, doesn't over-stress this dark chapter in state history. But the impact of Vermont’s eugenics movement does suggest the need to revisit and update the state's traditional narrative. In the 1930s and later, both immigrants to Vermont and any other “non-Yankees” were widely considered outsiders, at best. Since about half of all residents today are “transplants,” there is good reason to reconsider just who was and is a Vermonter, native, "real" or otherwise, and what has been previously omitted or downplayed in telling the state’s story. 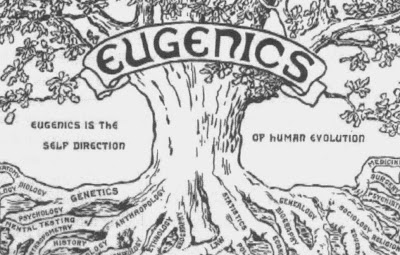 Adapted from a review by Greg Guma first published September 9, 2012 on VTDigger. Vermont Women, Native Americans & African Americans: Out of the Shadows of History, by Cynthia D. Bittinger, was published by The History Press.
Posted by Greg Guma at 8:01 AM No comments: